John, Product manager at Fintablo, has shared 4 extraordinary campaigns with us. He also told us how their support team and platform users benefited from them.

The task: telling users about steps they need to take without redirecting them to the knowledge base

When a product is changed, sometimes there are action steps on the user side. Once upon a time, FinTablo updated its integration with one of the banks, and customers needed to update their settings to make sure the integration works correctly. Here is the campaign John has launched:

We’ve run a campaign with information from the chatbot and a call to action. This helped us facilitate support because agents didn’t have to send manually written texts asking to update the settings. In the next messages, the chatbot helped update the settings and offered the agent’s help if something was wrong.

A chatbot message isn’t a pop-up that can be easily closed. A user should get engaged and confirm that everything is okay. We want our users to get used to reacting to the chatbot messages. 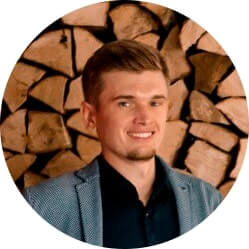 Campaign #2: onboarding to a new feature via the chatbot

The task: to inform users and make sure they are aware of updates

A user reaction means they’ve read your message and are aware of the new release. Their replies become a precious feedback for your product. Besides, they instantly have all the necessary information to start using the feature right after a conversation with the chatbot.

14,2% of the campaign audience said they found our latest update useful. Nobody said it was useless.

Campaign #3: feedback collection from beta testers of a new feature

The task: to collect feedback from users who got the new module enabled manually

FinTablo launched a chatbot for beta testers of the new feature to collect feedback and release it later.

First, a user responds whether they’ve already tested the new feature, and then says if everything was okay or they experienced problems. If things are less than perfect, the chatbot is asking for more details.

In this campaign, we only had five users who tested the feature and told us everything was fine. After that, we’ve decided to release it.

The task: get to know the target audience

Now, when a user signs up, they tell us about what financial accounting platform they previously used. FinTablo uses a chatbot to find out which software paying users employed before. A chatbot is very helpful because some users signed up before lead qualification was introduced. This is important to understand the target audience and what segments cherish the platform the most.

The chatbot asks what accounting software customers used before and offers the most common answer options. We’ve added an open question about how else we can improve our platform to make sure this campaign doesn’t look like a dull questionnaire and brings additional value.

Technically, we cannot run this campaign using pop-ups. You can save a lot on developers, collect more customer information, and segment the base. User feedback was a side effect that we were either happy about or started working on.

How else FinTablo is going to use the chatbot

When the chatbot functionality is enhanced, for example, when you can schedule a demo or send the knowledge base article directly from the chat, the FinTablo team is going to arrange the first onboarding communication with the signed-up users in several stages:

We want to implement it via a chatbot. During signup, we’re finding out many interesting details about our users. Based on this data, we can arrange a great automatic onboarding process.

Roman Eaton
I write about our experience and expertise